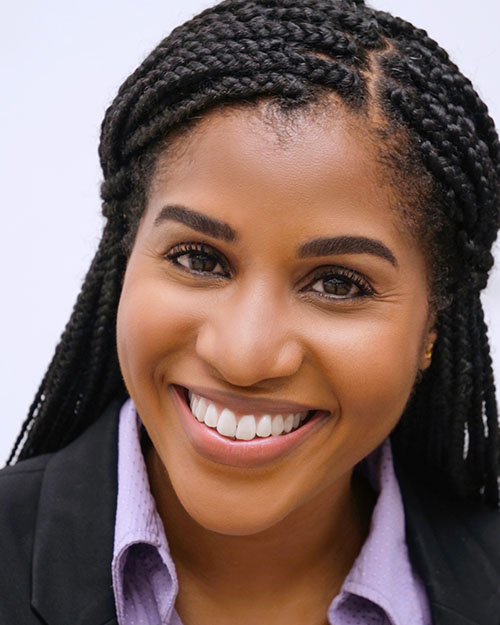 Alanna Leslie is a multi-disciplinary artist. Born in Jamaica, with an intrinsic passion for the performing arts and broadcasting, Alanna trained as a journalist at the Caribbean Institute of Media and Communications (University of the West Indies) before working as a presenter and co-producer in radio and television. She then trained in Music Theatre at the Royal Central School of Speech and Drama, subsequently appearing as the female lead Elsa in the UK National Tour of The Harder They Come, touring productions with Tangle Theatre and Dick Whittington at the Stag Theatre, Sevenoaks. As a chorale member with the London Community Gospel Choir (LCGC), Alanna has supported some of the world's finest recording artists including Justin Timberlake (Brit Awards), Madonna, Ellie Goulding (BBC One), Sir Tom Jones (BBC One), Damon Albarn (National Theatre), Will Young (BBC Radio 2) and Shane Filan (BBC One -Songs of Praise).

As a solo singer, Alanna has delivered her own signature style of performances for audiences throughout London and Europe including solo residencies at Quaglino’s in Mayfair and 100 Wardour Street in Soho.

As a voice-over talent, Alanna’s cool, smooth and sincere voice seamlessly delivers a wide range of reading and presenting styles and she has told the stories of several brands over the years including The British Council and The Jamaica Tourist Board to name a few.

As a professional broadcaster, Alanna is currently the host of Newsreel World, a global news round-up programme produced in London by Whistledown Productions.